NEW DELHI: The prototype of the five-bladed H145, which Airbus Helicopters unveiled at Heli-Expo in Atlanta last March, has just arrived in Chile where the aircraft will start a high altitude flight campaign.

EASA certification is expected in early 2020, with deliveries following later that year.

The prototype of the five-bladed #H145, which #AirbusHelicopters unveiled at Heli-Expo in Atlanta last March, has just arrived in Chile where the aircraft will start a high altitude flight campaign. pic.twitter.com/KHmFWaauyH

The new H145 is ready to take on the Andes, with altitudes up to 20,000 feet above sea level, after having already performed some altitude tests in the French Pyrenees during the summer of 2018. The objective of this campaign is to expand the flight envelope of the new helicopter and demonstrate its capabilities at high altitudes.

Due to its multi-mission capacity and excellent performance in hot and high conditions, present in many countries in Latin America, the H145 family is one of the region’s favourite light twin engine helicopters. The flight campaign will provide some operators with the opportunity to fly the new version and experience first-hand the improvements brought by the new five-bladed rotor – an increased useful load of 150 kg and new levels of comfort.

The H145’s new five-bladed rotor brings a significant increase in overall performance, with a maximum take-off weight raised to 3,800 kg and a useful load now equivalent to the aircraft’s empty weight. The simplicity of the new bearingless main rotor design will also ease maintenance operations, further improving the benchmark serviceability and reliability of the H145, while improving ride comfort for both passengers and crew. The reduced rotor diameter will allow the H145 to operate in more confined areas.

The new H145 introduces new levels of on-board connectivity to customers and operators through the integration of the wireless Airborne Communication System (wACS), allowing seamless and secure transmission of data generated by the helicopter in real-time, including in-flight. 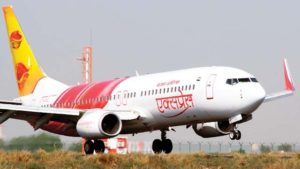 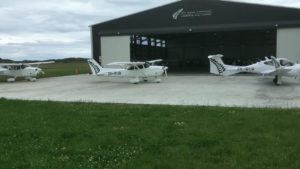