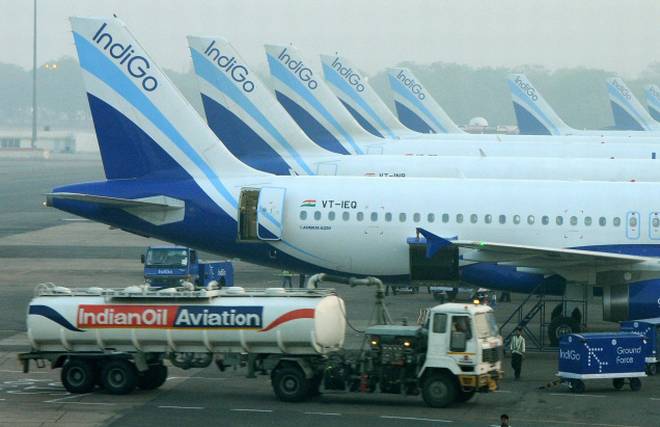 The double-whammy of high fuel cost and low fares necessitated by extreme competition magnified as the rupee depreciated and interest-rates remained high.

On an average, aviation turbine fuel (ATF) prices witnessed a year-on-year increase of 27 per cent during January-December 2018, while the rupee depreciated at an average of 5 per cent against the dollar during the same period.

According to industry observers, the rise in fuel costs was particularly acute for the Indian carriers as it makes up to 34 per cent of their operating expenses which is well above the global average of 24 per cent.

Ratings agency ICRA gave a negative outlook for the industry, stating the strong passenger demand was offset by capacity additions leading to intense competition and continued pressure on yields.

“As if this was not enough, low pricing power of the industry and inability to raise fares has resulted in mounting losses for the airlines.”

Besides, attractive fares and economic expansion allowed a substantial increase in first-time flyers, which lifted the country’s passenger traffic.

“Increasing use of technology has made it easier for travellers to plan, book and fly. This, coupled with an increase in disposable income and attractive air fares, has led people from tier III and IV cities to chose air over train travel,” Aloke Bajpai, CEO and Co-founder, ixigo told IANS.

As per Directorate General of Civil Aviation (DGCA) data, India’s domestic air passenger traffic grew by 11.03 per cent to 1.164 crore in November, while it rose by 19.21 per cent during the January-November 2018 period.

“Passengers carried by domestic airlines during January-November 2018 were 1,262.83 lakh as against 1,059.34 lakh during the corresponding period of previous year, thereby registering a growth of 19.21 per cent,” the DGCA said in its latest domestic traffic report released on December 21.

Another key industry trend of cost-cutting was witnessed across the board, even the government tried to get its hands-off Air India.

However, government’s efforts to divest stake in Air India failed as “no response” was received even after the deadline for submitting the EOI bids was extended.

On December 20, 2018, the Centre sought Parliament’s nod to infuse Rs 2,345 crore into the financially strained national carrier under its ‘Turn Around Plan’.

Further, the government sought the Parliament’s nod for providing Rs 1,300 crore ‘Grants-in-Aid General’ to Air India Asset Holding, a Special Purpose Vehicle to which AI’s debt worth Rs 29,000 crore will be offloaded.

In terms of air safety, India retained its ‘Category 1’ rating under the International Aviation Safety Assessment (IASA) programme, apart from Drone Regulations 1.0 that were implemented in December.

The year also saw 15 companies being awarded contracts to operate flights and chopper services to destinations like Kargil, Darbhanga, Pakyong (Gangtok), Cooch Behar, Jorhat and Almora, among others, under the second round of the “Udan” air regional connectivity scheme.

The Udan-II routes were awarded to SpiceJet, IndiGo, Jet Airways, Turbo Megha Airways and Pawan Hans, among others.

In addition, over Rs 5,000 crore was sanctioned for upgrading and expanding the Lucknow, Chennai and Guwahati airports, even as the government estimated capital expenditure of around Rs 1 lakh crore to create capacity across various airports in the next five years.

On the Ministerial level, there was a change of guard at the Rajiv Gandhi Bhavan, as Commerce and Industry Minister Suresh Prabhu took additional charge of the ministry after P. Ashok Gajapathi Raju resigned from the cabinet in line with his TDP’s decision to walk out of the NDA government.

Source: IANS , (Rohit Vaid can be contacted at rohit.v@ians.in) 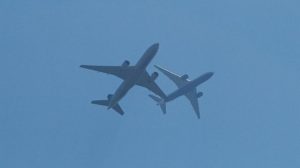 Next post Jet Airways in talks with SBI for Rs 1,500 crore loan