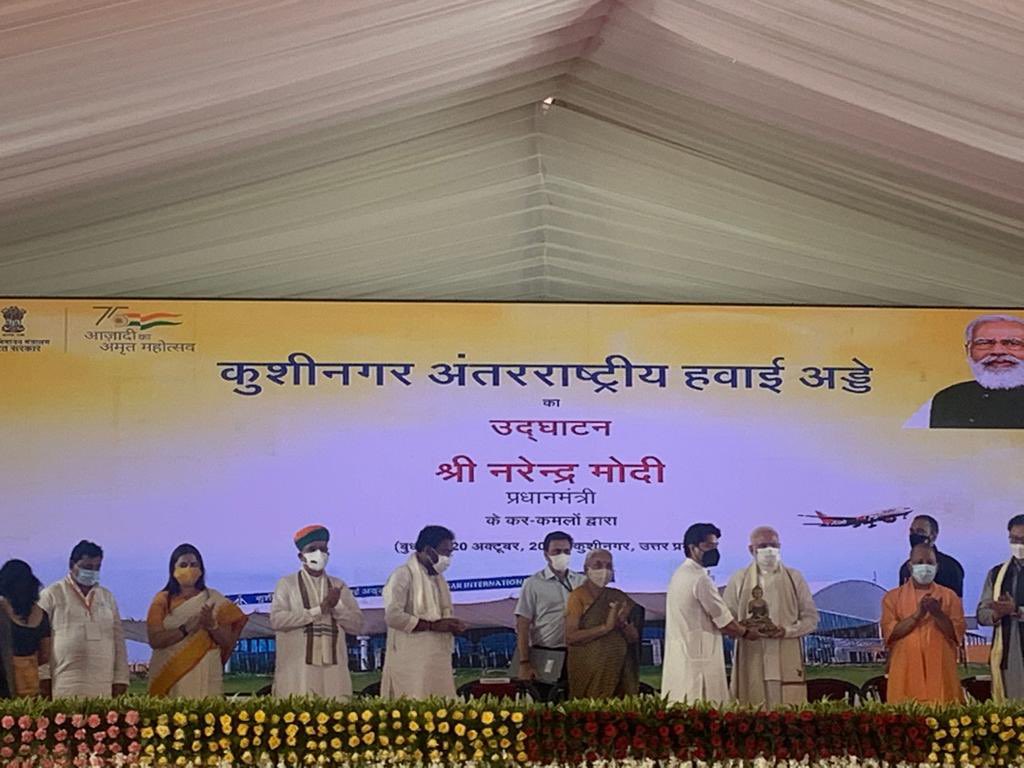 NEW DELHI: Prime Minister Narendra Modi inaugurated Kushinagar International Airport today.Addressing the gathering, the Prime Minister said that India is the centre of the faith of Buddhist society around the world.

Kushinagar airport will boost connectivity and tourism. Here is my speech. https://t.co/5pXUE3rQho

He termed the facility of Kushinagar International Airport, launched today as a tribute to their devotion. This region, the Prime Minister said, is witness to the entire journey from the enlightenment of Lord Buddha to Mahaparinirvana. Today this important region is getting directly connected to the world, he said.

The Prime Minister highlighted the special focus on the development of the places associated with Lord Buddha through better connectivity and the creation of facilities for the devotees.

The Prime Minister welcomed the Sri Lankan flight and delegation that landed at Kushinagar. Paying tribute to Maharshi Valmiki on his Jayanti today, the Prime Minister said that the country is marching on the path of Sabka Vikas with the help of Sabka Satha and Sabka Prayas. “Development of Kushinagar is one of the key priorities of the UP and central governments,” He said.

The Prime Minister said that tourism in all its forms, whether for faith or for leisure, needs modern infrastructure complete with rail, road, airways, waterways, hotels, hospitals, internet connectivity, hygiene, sewage treatment and renewable energy ensuring a clean environment. “All these are interconnected and it is important to work on all these simultaneously. Today’s 21st century India is moving ahead with this approach only”, the Prime Minister said.

The Prime Minister announced that under the UDAN scheme, more than 900 new routes have been approved in the last few years, out of which air service has already started on more than 350 routes. More than 50 new airports or those which were not in service earlier, have been made operational.

The Prime Minister highlighted the development regarding the aviation sector in Uttar Pradesh as air connectivity is constantly improving in the state. In Uttar Pradesh, 8 airports are already functional before Kushinagar airport. Work is on Jewar International Airport after Lucknow, Varanasi and Kushinagar. Apart from that, airport projects are going on in Ayodhya, Aligarh, Azamgarh, Chitrakoot, Moradabad and Shravasti.

Referring to the recent decision on Air India, the Prime Minister remarked that the step will help in running the country’s aviation sector professionally and prioritizing convenience and safety. “This step will give new energy to the aviation sector of India. One such major reform is related to the opening of defence airspace for civil use”, he added. This step will reduce the distance on various air routes. The Prime Minister also conveyed that the recently launched drone policy is going to bring life-changing transformation in the fields ranging from agriculture to health, to disaster management to defence.

The Prime Minister said recently launched PM Gatishakti – National Master Plan will not only improve governance but also ensure that all modes of transport such as road, rail, air etc should support each other and increase each other’s capacity. 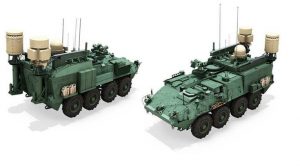 Next post Rolls-Royce keen to partner with Indian Navy