NEW DELHI: Prime Minister of India Narendra Modi inaugurated Donyi Polo Airport, Itanagar and dedicated 600 MW Kameng Hydro Power Station to the nation today. The foundation stone for this airport was laid by the Prime Minister himself in February 2019. Work on the airport has been completed within a short span of time, despite the challenges due to the pandemic in between.

Addressing the gathering, the Prime Minister recalled his frequent visits to Arunachal and noted the grand scale of today’s programme and praised the commitment of the people of Arunachal for the development of their state.

He also acknowledged the jovial yet disciplined traits of the people of Arunachal. The Prime Minister touched upon the changed work culture where he is establishing a tradition of laying the foundation stone as well as dedicating the same project himself. He also said that the launch of this airport is a resounding reply to the critics who tried to term the foundation stone of the airport as an election gimmick.

The Prime Minister urged the political commentators to don a new thinking hat and stop seeing the developments of the state with the prism of political benefits.

Hon'ble PM Shri @narendramodi, unveiled the #UDAN Coffee Table Book at the #DonyiPoloAirport Inauguration ceremony.
The Coffee Table Book is a collection of the experience of beneficiaries and the journey of Regional Connectivity Scheme UDAN.#SabUdenSabJuden pic.twitter.com/Qh5efTO57P

He supplemented his point by mentioning that the state is neither undergoing elections nor there are any future elections in the state. The priority of the government is the development of the state. “I am starting the day from the state of the rising sun and I will end the day where the sun sets in India in Daman and in between, I will be in Kashi”, he said.

The Prime Minister noted that in the post-independence period, the Northeast region faced indifference and neglect. The Prime Minister said that it was Atal Bihari Vajpayee’s government which gave attention to the region and created a separate ministry for the Northeast. Later, that momentum was lost but after 2014, a new chapter of the development began. “Earlier, remote border villages were treated as the last village.

As we take a massive jump towards realizing the goal of shared prosperity, we bow in gratitude to Hon PM for his support and blessings. 🙏 pic.twitter.com/slzolOvkkR

“Our government worked by considering the villages in the border areas as the first village of the country. This has resulted in making the development of the Northeast a priority for the government.” “Be it tourism or trade, telecom or textiles, North East gets top priority”, the Prime Minister continued, “be it drone technology or Krishi UDAAN, be it airport connectivity or port connectivity, the government has set the priority of development on North East.

The Prime Minister gave examples of the longest bridge in India, the longest railroad bridge, rail line connectivity and record construction of highways to highlight the development carried out in the region. “This is a new era of expectations and aspirations and today’s programme is a perfect example of the new approach of India”, the Prime Minister added.

Highlighting the infrastructural developments in Arunachal Pradesh, the Prime Minister gave the example of highway construction in remote and inaccessible areas and further added that the central government is going to spend another 50,000 crore rupees in the near future. The Prime Minister underlined the natural beauty of Arunachal Pradesh and remarked that the state has great potential for tourism. He stressed the need for proper connectivity to remote areas of the state and informed that 85 percent of villages in Arunachal are connected with Pradhan Mantri Gram Sadak Yojna. With the development of the new airport infrastructure, the Prime Minister informed that it will create huge opportunities in the field of cargo services. As a result, the farmers of the state can now sell their produce to bigger markets. He also informed that the farmers are reaping the benefits of PM Kisan Nidhi in the state.

The Prime Minister recalled the colonial law that barred the people of Arunachal Pradesh from harvesting bamboo and informed of the government’s move to abolish the law.

He pointed out that bamboo is part of the lifestyle of the state and its cultivation is helping the people of the region to export bamboo products all over India and the world. “Now you can cultivate, harvest and sell bamboo just like any other crop”, he added.

“The priority of the government is that the poor lead a graceful life”, the Prime Minister remarked. He lamented the efforts of the previous governments in providing education and health in the mountainous regions and said that the present government is providing insurance cover up to 5 lakhs under the Ayushman Bharat Scheme. The Prime Minister also gave examples of Pradhan Mantri Awas Yojna, Model Eklavya Schools and the Arunachal Startup policy. Highlighting the Sowbhagya Yojna, electricity for all scheme that began in 2014, the Prime Minister informed that many villages in Arunachal Pradesh got electricity for the first time after independence.

“We are working on mission mode to carry the development forward to every house and village in the state”, Shri Modi remarked. He also highlighted the government’s efforts to develop all the border villages under the Vibrant Border Village Programme which will give a boost to tourism and reduce migration in the region. He also informed that a special programme is being carried out in the state to connect the youth of the nation with NCC which will instil a feeling to serve the nation apart from providing defence training to the youth. The Prime Minister concluded, “The double engine government of the state coupled with Sabka Prayas is committed to the development of Arunachal Pradesh.”

In a key step to boost connectivity in the Northeast, the Prime Minister inaugurated the first greenfield airport in Arunachal Pradesh – ‘Donyi Polo Airport, Itanagar’. The name of the airport reflects the traditions and rich cultural heritage of Arunachal Pradesh and its age-old indigenous reverence for the Sun (‘Donyi’) and the Moon (‘Polo’).

The airport, which is the first greenfield airport in Arunachal Pradesh, has been developed in an area of over 690 acres, at a cost of more than Rs. 640 crores. With a 2300 m runway, the airport is suitable for all weather day operations. The airport terminal is a modern building, which promotes energy efficiency, renewable energy and the recycling of resources.

The development of a new Airport in Itanagar will not only improve connectivity in the region but will also act as a catalyst for the growth of trade and tourism, thus providing a boost to the economic development of the region.

Developed at a cost of more than Rs 8450 crore and in an area spread over more than 80 kilometres in West Kameng District of Arunachal Pradesh, the project will make Arunachal Pradesh a power surplus state, also benefiting the National Grid in terms of grid stability and integration. This project will contribute in a major way towards the fulfilment of the country’s commitment to increase the adoption of green energy. 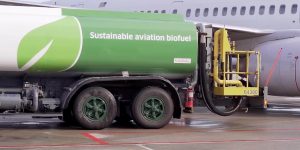 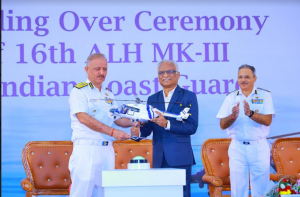