Team Aviation
NEW DELHI: To boost load factor at its recently launched international flights, low-cost carrier IndiGo on Sunday launched a brand campaign called ‘IndiGo Abroad: Happy to be your first’.
Earlier this year, the airline launched flights to Turkey, China, Vietnam, Myanmar and Saudi Arabia.
“The campaign aims to introduce Indian travellers new and unexplored 6E destinations to encourage first-time international travellers and experiential travellers to look beyond the regular international destinations, for their next trip abroad with IndiGo,” the airline said in a statement.
As part of this campaign, the airline said it has used “quirky creatives that tug (passengers) emotions when passengers travel, with the backdrop of the most scenic locations in its international network.
The passengers in the creatives showcase the experiences and emotions during their first international trip and how IndiGo has been their partner, by making international travel accessible and affordable.
The campaign will run across out-of-home, print and IndiGo’s social media platforms from November 3 from November 17.
Hit by higher costs related to the operating lease liabilities, IndiGo last week reported a loss of Rs 1,062 crore for the September quarter as against a loss of Rs 651.5 crore in the corresponding period a year ago.
On the results, IndiGo Chief Executive Officer Ronojoy Dutta had said the load factor on flights from India to China and Middle-East are strong.
Stating that he is happy with the profitability on international flights, he added, “Some of those international markets had short-time windows for booking. International typically has a 90-day booking window, and we were starting flights with like a 30 to 45 day-before window. Some of those flights did not get the full benefit of the booking.”

With around 48 per cent share in domestic air passenger market, IndiGo is the largest airline in India. 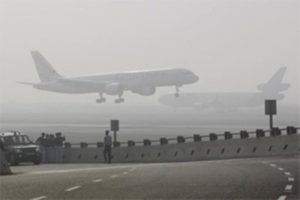 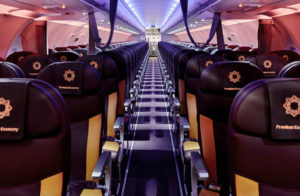