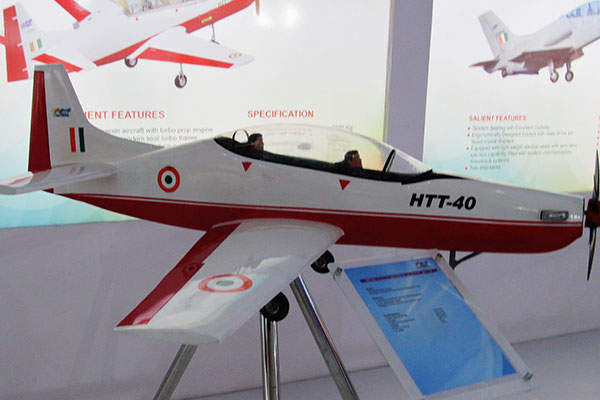 NEW DELHI: The Indian Air Force (IAF) is likely to float a Request for Proposal (RFP) with the state-run Hindustan Aeronautics Limited (HAL) this December for purchasing homemade HTT-40 basic aircraft for training its pilots, sources said here on Wednesday.

Ahead of the proposed RFP, Chief of Air Staff Air Chief Marshal Rakesh Kumar Singh Bhadauria is scheduled to undertake a test flight of the HTT-40, short form for Hindustan Turbo Trainer-40, in Bengaluru on Thursday. The IAF will float the RFP if the aircraft is found to meet required standards for training new pilots.

“The Air Chief will fly an HTT 40 aircraft from the HAL Airport in Bengaluru on Thursday afternoon. He will fly the aircraft himself to assess its capabilities and flight worthiness,” an HAL spokesperson told IANS.The HTT-40 is a basic fixed-wing aircraft, designed and developed by the HAL, which can be used by the IAF for training and aerobatic purposes too, apart from night flying. With a maximum range of 1,000 km and a top speed of 450 mph, the tandem-seated aircraft has been designed to replace IAF’s fleet of HPT-32 Deepak basic trainers, which have already been grounded following a series of accidents.”There are plans to purchase around 70-odd HTT 40 trainers from the HAL. The purchase procedure might begin this December with a Request for Proposal if the aircraft is able to match to the standards required of it,” an IAF official said.

The HTT 40 aircraft is designed around a turbo-prop engine TPE-331-12B, which is manufactured by the US-based defence firm Honeywell.

Sources said at present the engine requires an upgrade from its manufacturer but the HAL has been reluctant to release the money until it finds buyers for the aircraft.

“The RFP might convince HAL to go for the engine upgrade,” the official added.

The HTT-40 aircraft is not yet certified for production and user trials upon it are also yet to begin. However, officials said the RFP can be issued pending user trials in accordance with provisions of the central government’s Defence Procurement Policy (DPP) of 2016.The government is banking upon the state-run HAL after a deal for purchase of trainers from Swiss aircraft-maker Pilatus was mired in controversy.

India had entered into a contract with the Swiss firm in the year 2012 for purchase of 75 units of PC 7 MkII version of Pilatus trainer aircraft.The 75 aircraft were ordered at a cost of over Rs 2,800 crore due to an abject shortage of trainers with the IAF following the grounding of HPT-32 Deepak.

Pilatus had completed delivery of the entire fleet of 75 aircraft in July last year. A clause in IAF’s contract with Pilatus, which gave the former the right to exercise an option for purchase of an additional 38 aircraft, was however never exercised in the light of corruption cases against the Swiss firm.

Soon after taking over the helm of affairs at the IAF, Bhadauria had said plans to acquire the additional 38 aircraft from Pilatus have been dropped while the focus will remain on indigenous development of aircraft.While Pilatus itself has been banned for the time being by the Defence Ministry, experts said the decision to go for homemade aircraft will give a big boost to the ‘Make in India’ initiative of the union government.

“A decision by the IAF to float an RFP for homemade trainer aircraft with the HAL will be a big boost to the indigenous defence industry. It will be a test for HAL too to live up to commitments in terms of deadlines of production. I’m sure, the IAF has factored in its requirements in terms of time required in delivering the homemade aircraft,” retired Air Vice Marshal Manmohan Bahadur told IANS.

The HTT 40 has already cleared the rigorous ‘six-turn spin test’, which was conducted upon it by the HAL in September this year to test if aircraft returned to its original position after being thrown into multiple spins. But more trials are to be conducted before it is awarded the final certification.(Ayaskant Das can be contacted at ayaskant.d@ians.in)
–IANS 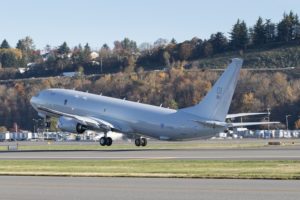 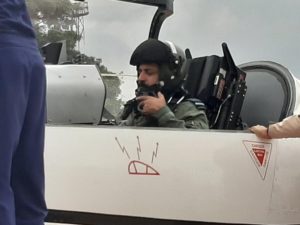