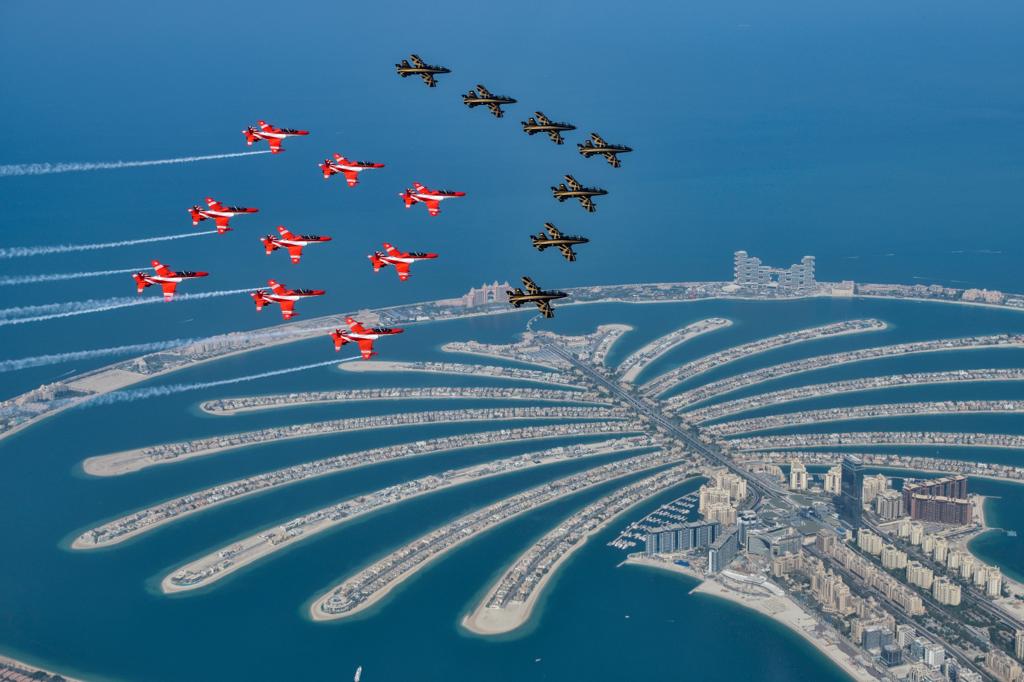 NEW DELHI: On 17 November 21, the penultimate day of the Dubai Air Show 2021 commenced with a fascinating combined flypast by the IAF’s Suryakiran Aerobatics Team and UAE’s Al Fursan Display Team.

Nine Hawk-132 of Suryakiran Team flew in sync with seven Aermacchi MB-339 of Al Fursan over important landmarks of Dubai like Burj Khalifa, Palm Jumeirah and Burj Al Arab, in a display which signifies the deep camaraderie and bonhomie between the two Air Forces.

The Suryakirans also participated in a late afternoon aerobatics display which was highly appreciated by the crowd.

The ever increasing popularity of the Tejas was reinforced by the superb demonstration flight flown by the fighter in the afternoon today. The aircraft manoeuvred effortlessly, showing off its agility and versatility; a testament to the rapid strides that the platform has achieved in recent times. 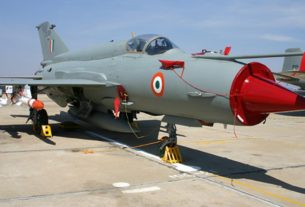 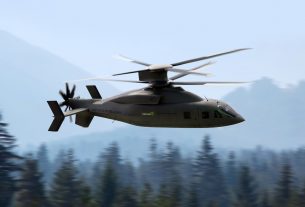 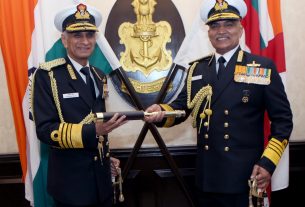