Speaking on the occasion, Shri Scindia said that the Indian Civil Aviation industry has witnessed robust growth over the years and contributes significantly to the economic development of the country. India’s civil aviation industry is the pride of the nation as it is playing a key role in connecting Indians to the remotest corners of the country and to the world. It is bringing people from across the world to discover the huge business and tourism opportunities in India, he added.

The Minister said that Indian aviation industry has flown many miles, set numerous milestones, and overcome many challenges to become one of the world’s most lucrative aviation markets. The industry has grown by leaps and bounds and has become the third largest domestic aviation market in the world. India today handles the third largest domestic traffic after the USA and China.

He said that with a steady increase in the passenger volume, Indian airlines are charting new territories. “We all know that in this densely globalized economy, air transport is a key element in the country’s transport infrastructure and plays an important role in the Country’s economic growth”, he said.

The Minister said that across all the sectors, one cannot undermine the fact that the support of Aviation industry in combating the impact of COVID-19 pandemic was great, by carrying enzymes, PPE kits, masks, medicines, and cargoes which states and union territories required.

He said that the overall freight handled by the country’s airports during the first two quarters of FY-22 (combined) has recovered to more than 80% (15.36 Lakh MT during April-September, FY22) of the pre-pandemic level, despite the country being hit by a second wave in the first quarter.

The Minister said that Civil Aviation is emerging as one of the major pillars providing fillip to economic growth. To bring the benefits of the Civil Aviation to the common people and provide affordable air connectivity, Government of India had announced Regional Connectivity Scheme (RCS) – UDAN (UdeDesh Ka Aam Nagrik) on 21st October 2016. As on date, 387 routes connecting 62 Airports including 6 Heliports and 2 Water Aerodromes have been made operational under RCS-UDAN Scheme.

The minister appreciated the efforts the Civil Aviation Ministry, AAI and FICCI with the support of MEA and states government in organising this important event i.e. Wings India 2022, Hyderabad with the apt theme India@75: “New Horizon for Aviation Industry”. It aims to bring together the key stakeholders of the Global Aviation market, International regulators, States Governments and business associations as a group representing airlines, to facilitate direct interaction with various airlines, airport operators, cargo operators and other players at a common platform. 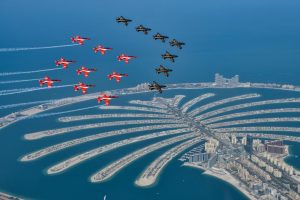 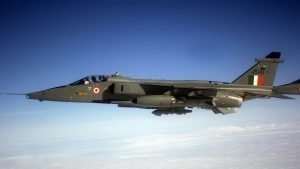