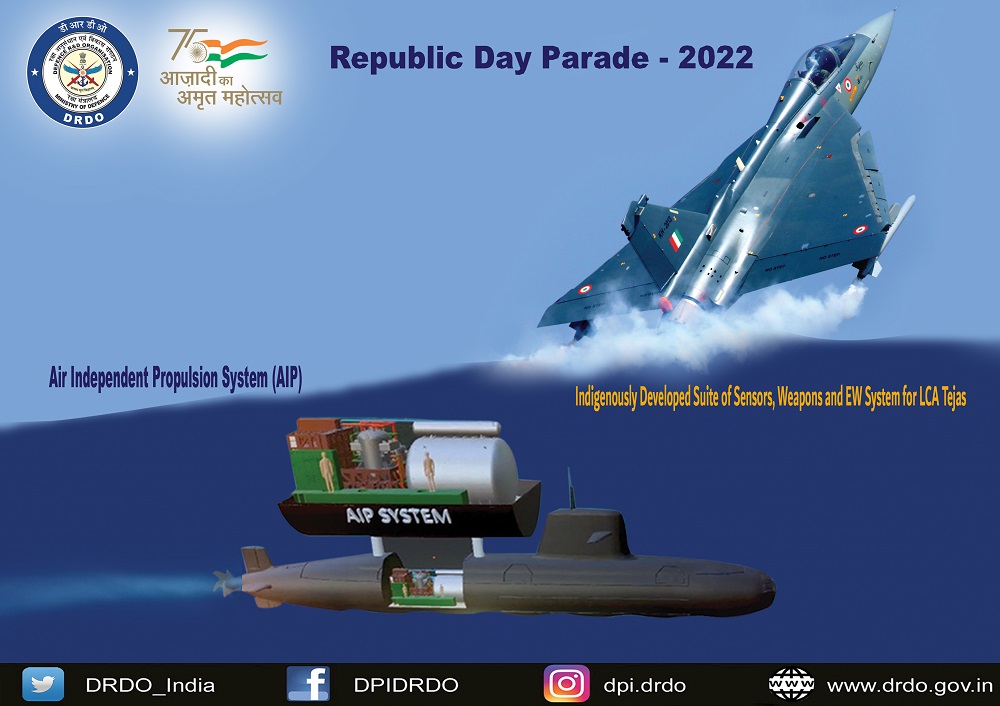 Tejas is fitted with ‘Advanced Self Protection Jammer’ designed to provide protection from acquisition radars, fire control radars, anti-aircraft artillery and airborne multirole radars. Developed by electronic laboratory at Hyderabad, it provides the electronic warfare capability for the LCA. Integration of these weapons, radar and EW systems with LCA is an important step towards increasing the indigenous content of systems and makes the LCA mission ready.

The second tableau showcases indigenously-developed AIP System for propelling the Indian Naval submarines underwater. The AIP System is powered by indigenously-developed fuel cells with a novel onboard hydrogen generator. It is one of the most advanced AIP Systems in the world where Fuel Cell Technology is used to generate onboard power. The AIP allows a submarine to be submerged for longer periods compared to conventional diesel-electric submarines and makes the sub-surface platform more efficient by making it quieter than even a nuclear submarine.

At present, the AIP is customised for P-75 class of submarine. Once fitted, it will allow the submarine to stay under water for longer time without the need to surface frequently. This will substantially enhance the underwater endurance of the submarine. This niche technology is available only with very few countries in the world. The DRDO has developed this technology with the collaboration of academia and industry. 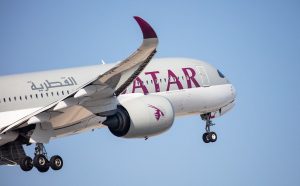 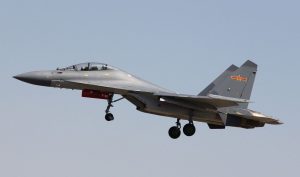