NEW DELHI: The runway of the Advance Landing Ground (ALG) at Vijaynagar in Arunachal Pradesh has been made operational to re-establish military transport aircraft connectivity to the hamlet, close to the border with Myanmar and not too far from China.

An AN-32 aircraft of the IAF touched down at the Vijaynagar ALG on Wednesday, after a gap of three years.

The approximately 4,000ft-long runway of the ALG is presently fit for only AN-32 operations, Shillong-based IAF spokesperson Wing Comander Ratnakar Singh said.

Repair of the runway, which was coordinated by Air Force Station Jorhat, was a challenging task as Vijaynagar had no road connectivity and all the load had to be airlifted by helicopters, the spokesman said.

“The airfield is important not only for the local administration in extending their reach to the residents of this remote area but also crucial from a strategic point of view.

“The ALG will assist in effective management of our borders with Myanmar and facilitate launch of joint operations by the Indian Army and Air Force …,” the spokesman said.

Later in the day, the AOC-in-C visited Aalo in West Siang district to felicitate civilians and award Rupees 5 lakh to them and the local administration at a programme at Along ALG.

The Air Marshal disbursed the amount to the local administration and civilian personnel to acknowledge their contribution in the search for the AN-32 aircraft.

He also commended five mountaineers, including team leader Taka Tamut, and village seniors from Payum, Gasheng and Gatte, for providing assistance in locating the crash site of the AN-32 aircraft in June, besides helping in recovering 13 bodies and other equipment from the site.

The AN-32 plane had crashed on June 3 while on routine air logistics sortie from Jorhat to Menchuka Advance Landing Ground (ALG) in Shi-Yomi district of Arunachal Pradesh.

The crash had resulted in the loss of life of all the 13 personnel on board.

The plane crash site was spotted on June 11, after nine days of vigorous search. 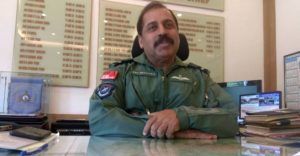 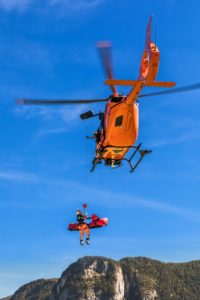