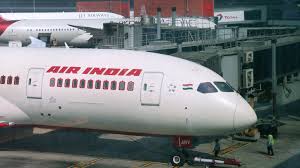 NEW DELHI: As the government of India works on divesting debt-laden Air India, Union Minister Piyush Goyal on Thursday said if he was not a minister, he would be bidding for the airline.

Air India has been in the red for long and the government is now in the process of finalising the contours for its disinvestment.

Responding to a query about proposed disinvestment of Air India, BPCL and other companies, Mr Goyal said in the first term, the government had inherited an economy which was in pretty terrible shape.

Steps were taken to put the economy back in shape and if the government had looked at divesting these jewels, it would not have got a great value.

He was talking at a session on ”Strategic Outlook: India” at the WEF 2020 here.

“If I wasn’t a minister today, I would be bidding for Air India. It has some of the best bilaterals the world over… a well managed and efficient Air India with lot more good aircraft put in using these bilaterals is nothing short of a gold mine to my mind,” Mr Goyal said.

Bilaterals refers to an agreement between two countries that allows each other’s airlines to operate services with a specific number of seats.

Mr Goyal holds the portfolios of Railways as well as Commerce and Industry.

“India today is a land where you have equal opportunity, you can work with integrity…,” the minister said, adding that he thinks a good job has been done in cleaning up the banks and strengthening them.

The Reserve Bank of India (RBI) and the government have taken various measures to address bad loan woes and other issues at public sector banks.

“I do hope that everybody in the room does not have an impression that public sector banks haven’t done a good job. World over and if I may take the example of the world’s biggest economy, way back in 2008 and 09, it was not government banks that caused the economic collapse, it was all private banks.

“We in India, enough private banks that have not done us great glory. On the contrary, if you ask me, banks which have been run by the government for 30-40 years, they have done some great service to the nation,” Mr Goyal said. 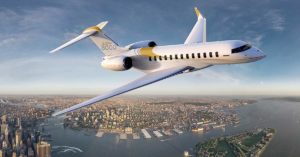