NEW DELHI:Boeing, Korean Air and Air Lease Corporation has announced at the Paris Air Show the airline plans to add 30 new 787 Dreamliner airplanes to its fleet, with a commitment to purchase 10 new 787-10s and 10 additional 787-9 airplanes valued at $6.3 billion at current list prices. As part of this agreement, Korean Air will also lease 10 787-10s from ALC.

The airline, one of the largest transpacific carriers in Asia with 16 non-stop routes to North America, will introduce the larger 787-10 to complement its long-haul fleet of 787-9 and 777 airplanes. This order will be reflected on Boeing’s Orders and Deliveries website once it is finalized.

“As we continue to innovate our product offering, the 787 Dreamliner family will become the backbone of our long-haul fleet for many years to come,” said Walter Cho, Chairman of Korean Air.

“In addition to 25 percent improved fuel efficiency, the stretched 787-10 offers around 15 percent more space for passengers and cargo than our 787-9s, which will be critical to our long-term business goals,” he added.

With this order, Korea’s flag carrier will quadruple its 787 fleet to 40 airplanes as it looks to strengthen its long-haul fleet.

“ALC is delighted and honored to bring the 787-10 to Korean Air’s fleet in a joint effort with Boeing. The 787-10 provides significant revenue enhancement to complement Korean’s 787-9 fleet, and the long-term lease of ten 787-10s from ALC will greatly expand the scope and reach of the 787-10 in Korean Air’s global network,” said John L. Plueger, CEO and President of Air Lease Corporation.

The 787-10 is the largest member of the super-efficient and passenger-pleasing Dreamliner family. At 224 feet long (68 meters), the 787-10 can serve up to 330 passengers in a standard two-class configuration, about 40 more than Korean Air’s existing fleet of 787-9 airplanes. Powered by a suite of new technologies and a revolutionary design, the 787-10 sets a new benchmark for fuel efficiency and operating economics when it entered commercial service last year. The airplane allows operators to achieve 25 percent better fuel efficiency per seat compared to the previous airplanes.

“Today’s announcement demonstrates the strength of our enduring partnership with Korean Air. The airline has been a pioneer in Asia’s commercial aviation industry over the past five decades and Boeing is honored to play an important role in their continued success,” said Kevin McAllister, president and chief executive officer, Boeing Commercial Airplanes.

“Korean Air is a leading global airline and has become one of Asia’s largest transpacific carriers. We are honored that Korean Air has decided to quadruple its 787 Dreamliner fleet and we will work closely with them to finalize this landmark deal,” said Ihssane Mounir, senior vice president of Commercial Sales and Marketing of The Boeing Company.

“Korean Air continues to build its incredible widebody airplane fleet to enable its philosophy of providing ‘Excellence in Flight’ for its passengers,” added Ihssane.

Korean Air’s Aerospace Division is a key Boeing partner on the 747-8 and 787 programs, supplying the distinctive raked wing-tips for each model. The division is also a supplier of the new 737 MAX Advanced Technology (AT) Winglet.

With a fleet of 168 aircraft, Korean Air is one of the world’s top 20 airlines and serves 126 destinations in 44 countries worldwide. It is a founding member of the SkyTeam alliance and recently formed a Joint Venture partnership with Delta Air Lines. 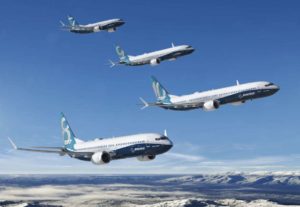