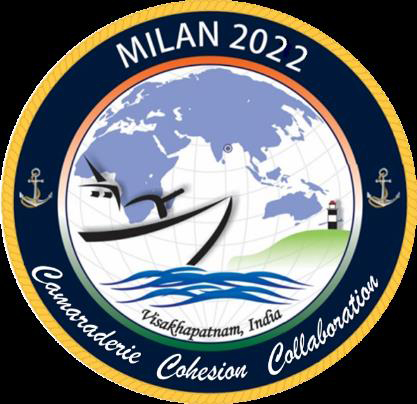 NEW DELHI: The latest edition of Indian Navy’s multilateral exercise MILAN 2022 is scheduled to commence from 25 Feb 22 in the ‘City of Destiny’, Visakhapatnam. MILAN 22 is being conducted over a duration of 9 days in two phases with the harbour phase scheduled from 25 to 28 February and Sea Phase from 01 to 04 March.

India is celebrating the 75th year of its independence in 2022, and MILAN 22 provides an opportunity to commemorate this milestone with our friends and partners.

The theme of the MILAN 2022 exercise is ‘Camaraderie – Cohesion – Collaboration’ which aims to project India as a responsible maritime power to the world at large. The aim of the exercise is to hone operational skills, imbibe best practices and procedures, and enable doctrinal learning in the maritime domain, through professional interaction between friendly navies.

Starting with the participation of only four countries, viz Indonesia, Singapore, Sri Lanka and Thailand, in the 1995 edition, the exercise has since transitioned leaps and bounds in terms of number of participants and complexity of exercises. Originally conceived in consonance with India’s ‘Look East Policy’, MILAN expanded in ensuing years with the GOI’s ‘Act East policy’ and Security And Growth for All in the Region (SAGAR) initiative, to include participation from island nations in the Western IOR as also IOR littorals. Participation increased from six regional countries to 18 countries in 2014 which included IOR littorals. With Indian Navy’s engagement with Friendly Foreign Countries (FFCs) expanding over the decades, a need was felt to further consolidate the naval cooperation by enhancing the scale and complexity of the MILAN exercise and engaging both regional and extra regional navies of the world. Considering the infrastructure requirements of a large naval gathering, it was decided to shift the event to mainland, and Visakhapatnam, being the Headquarters of Eastern Naval Command, was nominated to host the event.

MILAN 22 will witness its largest ever participation, with more than 40 countries sending their warships/ high level delegations. This edition of MILAN would be larger in ‘scope and complexity’ with focus on exercises at sea including exercises in surface, sub-surface and air domains and weapon firings. Operational Conferences and Seminars are also being conducted, providing participating navies/ delegations an opportunity to express their views on maritime security. The high profile foreign delegates will comprise highest level naval leadership, agency heads, Ambassadors and equivalent.

Key events planned during MILAN 22 include an Opening Ceremony followed by inauguration of MILAN Village on 26 February. An Op Demo followed by International City Parade is scheduled on the evening of 27 February with participation of foreign contingents. MILAN 22 will also host an International Maritime Seminar with the theme – ‘Harnessing Collective Maritime Competence through Collaboration’ on 27-28 February. Other activities include Professional/ Subject Matter Expert Exchanges, DSRV demonstration, MILAN of Young Officers, Sports Fixtures, and Cultural Visits to Agra and Bodh Gaya for foreign visitors. The Sea Phase of the exercise for countries participating with ships/ aircraft is scheduled from 01-04 March.

Fostering Bonds Across the Oceans

Indian Navy is an instrument not only for power projection, but also for diplomatic outreach. Towards this, conduct of joint/ multi-lateral exercises is an important activity to bring together different Navies. While Navies may operate in different regions, there is always a need to co-operate on issues of common interest such as anti-piracy, HADR missions, maritime security etc. Navy to Navy interactions enhance mutual understanding, cooperation and inter-operability between maritime forces. MILAN 22 will provide an invaluable opportunity to foster bonds of maritime brotherhood across the oceans. 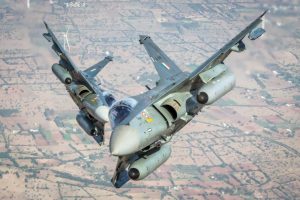 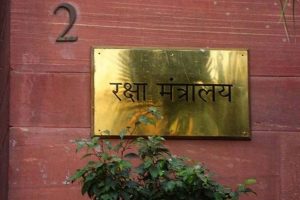