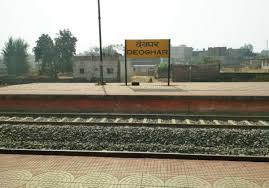 NEW DELHI:India’s Civil Aviation Minister Hardeep Singh Puri will visit the states of Bihar and Jharkhand for review of Darbhanga and Deoghar airports respectively on 12th September 2020. Airports Authority of India is developing these airports.

With the operationalization of these airports, air connectivity of the region will be improved. Further, it will give an impetus to local tourism and will generate employment in the region. These airports, through connectivity and increased economic activity, would contribute to the overall economic development of the people of these regions.

Recently, Puri visited Kushinagar airport in Uttar Pradesh.He reviewed the progress of development of the airport and held constructive discussions with UP Chief Minister Shri Yogi Adityanath on the issues pertaining to civil aviation infrastructure and connectivity.

Airports Authority of India (AAI) is developing the civil enclave at Darbhanga for commencement of civil flight operations for Delhi, Mumbai and Bengaluru under Regional Connectivity Scheme. Construction of the Interim Terminal Building of airport with an area of 1400 sqm., is complete. The terminal building with six check–in counters will be able to handle 100 passengers in peak hours with all required passenger amenities. The work for strengthening of runway for accommodating Boeing 737-800 type of aircraft, construction of new Apron with connecting taxiway and connecting road is in full swing and soon the airport will be ready for civil operations.

The Darbhanga airport belongs to the IAF and land was handed over to AAI for development of the interim civil enclave which includes construction of Pre-fab terminal building along with associated facilities car park, connecting road network, strengthening of runway and dispersal area to cater to the intended aircraft and construction of a link taxi track at the cost of Rs. 92 Crore. The Foundation for the Interim Civil Enclave at Darbhanga was on 24th December, 2018.

Deoghar Airport in Jharkhand is being developed by AAI, in collaboration with the Defence Research and Development Organization (DRDO) and State Government. The development of airport with project cost of Rs. 401.34 Crore is underway and will be completed very soon.

The airport will be spread across 653.75 acres of land and its Terminal Building is being built in an area of 4000 sq meter. With a 2500-meter-long runway, the airport will be suitable for operation of Air Bus 320 type of aircraft. With environment-friendly architectural design and state-of-the-art passenger facilities, the terminal building will be a composite structure inspired by the Shikhars of the Baidyanath Temple.

Prime Minister Narendra Modi laid the foundation stone for the development of Deoghar Airport through a video link from an event in Sindri, Jharkhand on 25th May, 2018. Deoghar Airport is the second airport in Jharkhand after Ranchi. 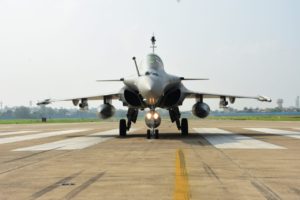 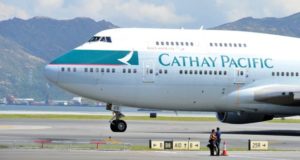