Attesting the dual objectives of the UDAN scheme; making air travel affordable for the people & simultaneously enhance its coverage in the country, 305 UDAN routes & 53 airports including 5 heliports and 2 Water Aerodromes have been operationalized till date.

Inaugurated under the UDAN scheme, Kalaburagi airport recently completed a successful 1 year of service. The airport has become the fastest growing airport in the country. More than 1000 flights have ferried more than 43,000 people from the airport. To celebrate the hard work, commitment, and perseverance of the involved professionals, the officials of the Ministry of Civil Aviation (MoCA) and Airport Authority of India (AAI) were present at the route launch.

MoCA had received numerous requests for the commencement of the flight operations on the route including an appeal by the Hyderabad Karnataka Chamber of Commerce and Industry (HKCCI) for the necessity of the direct flight operations from Kalaburagi to Tirupati. Tirupati city, also called as the ‘Spiritual Capital of Andra Pradesh’, is home to the most famous and auspicious Sri Venkateshwara Swamy Temple popularly called ‘Tirupati Balaji Temple’ which has its name in the most-visited shrine across the globe. The temple attracts 50,000 to 100,000 devotees every day.

Apart from the Tirupati Balaji temple, the place is also famous for other historical temples, Sri Venkateshwara National Park, Deer Park, Tirupati, & Talakona Waterfalls, Tirupati. The century old temples in Tirupati are one of the first choices of the pilgrims of the country. Moreover, the Tirumala Hills in Tirupati is the second oldest rock mountain hills in the world.

Due to the unavailability of any direct transportation mode between these two cities, people had to travel either by road or had to opt for a rail journey combined with a road trip, which took more than 12 hours by road & more than 20 hours by train & bus to cover the entire journey of 630 km. Now, people can opt for a direct flight and cover this long-distance journey in just 70 mins.

The airline, Star Air was awarded the Kalaburagi – Tirupati route under the RCS-UDAN-3 bidding process last year. The airline will be operating three weekly flights on the route and will deploy its 50-seater Embraer-145 luxury aircraft. With the flag-off, there are now 24 routes under the ambit of RCS-UDAN for Star Air. 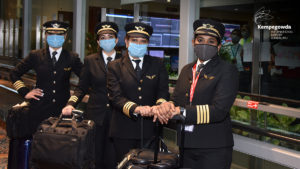 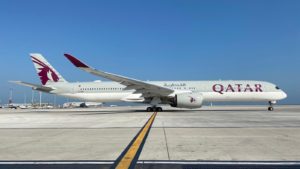