PARIS: Boeing’s grounded 737 MAX could receive regulatory approval to resume flying in November and enter service by the end of the year, Europe’s chief aviation safety regulator said on Friday.

“For the first time in a year and a half I can say there’s an end in sight to work on the MAX,” said Patrick Ky, executive director of the European Union Aviation Safety Agency (EASA).

EASA expects to lift its technical ban “not long” after the U.S. Federal Aviation Administration (FAA), probably in November, but national operational clearances needed for individual airlines to resume flying in Europe could take longer, he said.

“We are looking at November,” he said when asked when the technical ban would be lifted. China is expected to take longer to give its own approval, he said, without elaborating.

Boeing shares were up 3.3% in mid-session trading, against a fractionally higher market.

Cologne-based EASA, which regulates air safety in 32 mainly European Union countries, has locked horns with the FAA and Boeing over the scope of an international review into 737 MAX systems following two fatal crashes in 2018 and 2019.

All but one of the differences has been resolved, Ky said, with EASA, supported by some unions, calling for pilots to be able to manually cut power to a “stick shaker” alarm system suspected of distracting Lion Air and Ethiopian Airlines crew.

The main focus of the review has surrounded black-box evidence that bad data from a single faulty flight-angle sensor triggered a cockpit software system that repeatedly pointed the aircraft’s nose down and overwhelmed the crew on both flights.

Boeing has said inputs from both “angle of attack” sensors on the MAX will be used in the modified aircraft, instead of just one in the past, but EASA has called for a third “synthetic” sensor to provide independently computed data.

Ky said Boeing had agreed to install the computerised third-sensor system on the next version of the plane, the 230-seat 737 MAX 10, followed by retrofits on the rest of the fleet later.

“We are committed to addressing all of the regulators’ questions and meeting all certification and regulatory requirements,” a spokesman said

Turning to Boeing’s next development, Ky warned EASA would examine the 400-seat 777X development “much more closely” than it would have done if the MAX grounding had not happened and pay particularly close attention to flight control systems.

The MAX crisis has shaken a system of co-operation between regulators and thrown into question the practice of routinely accepting decisions by the lead regulator, in this case the FAA.

EASA and the FAA – the world’s largest aviation regulators – will continue to recognise each other as the leader when certifying aircraft built in their respective countries, but are expected to get more involved in checking each other’s homework. 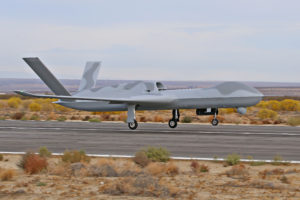 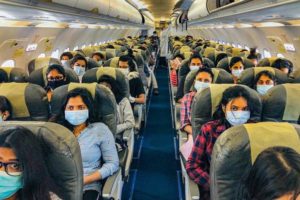