NEW DELHI:Boeing said that it has showcased its broad portfolio of commercial, defense and space products, services and technologies at the 2019 Dubai Airshow.

The company focused on safety, innovation and partnerships in the growing Middle East market, while demonstrating its commitment to the safe return to service of the 737 MAX.

“Dubai 2019 once again was an excellent opportunity to engage with and support our customers, share our latest developments at Boeing, and make new connections,” said Bernard Dunn, president, Boeing Middle East, North Africa and Turkey.

“We are grateful to our hosts for organizing such an outstanding event,” he added.

At the show, Boeing announced orders, commitments and agreements for 95 commercial airplanes, valued at more than $17.4 billion at list prices.

Looking to the future, the company announced a strategic partnership with Etihad Airways to collaborate on growing aviation sustainably. Starting next year, Etihad will use a 787 Dreamliner as a flying test bed for assessing initiatives that could further reduce fuel consumption and carbon emissions. Boeing also shared its vision for the future mobility ecosystem, including the Passenger Air Vehicle and Cargo Air Vehicle.

On the defense and space side, Boeing highlighted international opportunities for several platforms, including fighters, military helicopters, the T-7 trainer, the P-8 Poseidon and the KC-46 tanker, which made its Middle East debut. Boeing’s portfolio of human spaceflight was showcased, to include interactive displays on the CST-100 Starliner and the Space Launch System. The company also announced the name of its defense joint venture with Embraer. Boeing Embraer – Defense will promote and develop new markets for the C-390 Millennium medium airlift and air mobility aircraft.

Boeing drove momentum in its services business at the show, securing deals with nine customers in the Middle East, including an initial agreement with Etihad Airways for Boeing to provide multiple services for the airline’s 787 Dreamliner fleet.

Boeing is the world’s largest aerospace company and leading provider of commercial airplanes, defense, space and security systems, and global services. The company supports commercial and government customers in more than 150 countries. B

oeing employs more than 150,000 people worldwide and leverages the talents of a global supplier base. Building on a legacy of aerospace leadership, Boeing continues to lead in technology and innovation, deliver for its customers and invest in its people and future growth. 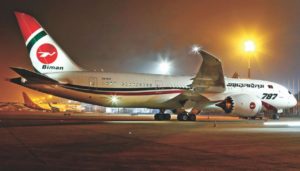 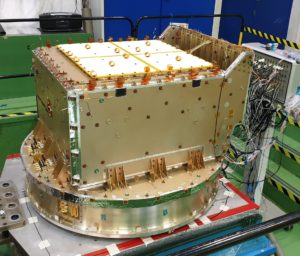