NEW DELHI: Airbus celebrates 10-years of partnership with Strata shaping the UAE’s aerospace industry, highlighting key milestones achieved with the UAE-based manufacturer throughout the past decade.

As part of the UAE’s drive to create a world-class aerospace industry to deliver on its diversification strategy, Airbus is increasing its Middle Eastern footprint through industry cooperation with local entities to contribute to the nation’s economic growth. Abu Dhabi-based Strata Manufacturing has risen to become a regional supplier of Airbus aircraft parts in the Middle East, playing a major role in Airbus’ global supply chain.

Since its inception, Strata has developed expert capabilities to manufacture the latest generation aircraft parts to meet industry demand from its cutting-edge facility in Al Ain. Operating with a 700-strong workforce, Strata plays an integral role in shaping the future of the global aerospace industry that will contribute to growing a knowledge-based competitive economy in the UAE.

Since 2009, Airbus has enjoyed a decade-long cooperation with Strata, which has acted as a key supplier on the assembly line for Airbus’ long-haul commercial aircraft range. The collaboration led to the development of the Al Ain-based manufacturer’s 350,000 square foot facility in the Nibras Al Ain Aerospace Park.

Months after completion of Strata’s world-class facility, the aero composites manufacturer began supplying Airbus with aileron panels and flap-track fairings. In 2010, Strata shipped its first consignment of parts to Airbus for its A330 and A340 aircraft.

Strata further developed its manufacturing capabilities in 2015 by building parts of the wing for the Airbus A330, A340 and flap tracks for the A380. The same year, Airbus appointed Strata as its single-source supplier of ailerons for Airbus’ A330 aircraft.

Deepening the level of cooperation between the two companies, 2016 became an important year with Airbus and Strata signing a landmark agreement to manufacture the Inboard Flaps for the A350-900.

Since 2010, Strata has delivered 2,353 shipsets and 30,073 components to Airbus.
Mikail Houari, President for Africa and Middle East at Airbus said: “Strata is a proud example of UAE excellence and success on so many levels.

“In addition to being a regional supplier of Airbus aircraft parts, Strata is also made up of a 700-strong workforce, of which 90 per cent are female and 50 per cent are Emirati. As such, the manufacturer is testament to the UAE’s long-term vision of promoting gender equality and Emiratisation. Strata is also a clear reflection of how we do business, advancing the UAE’s aerospace industry and the importance we place on purposeful collaboration and knowledge sharing at all levels,” added Houari

Ismail Ali Abdulla, CEO of Strata Manufacturing said: “As a UAE-based manufacturer, we are proud to enjoy a long and important global partnership with Airbus.

“We have grown rapidly this past decade to cement our role as a leading aerospace manufacturer by enhancing our capabilities to meet the growing complex requirements of global aerospace companies such as Airbus,” added Abdulla.

Strata’s strategic partnership with Airbus is a multi-faceted supplier agreement that extends Airbus’ footprint in the Middle East and supports the development of Abu Dhabi and the UAE’s aerospace industry. 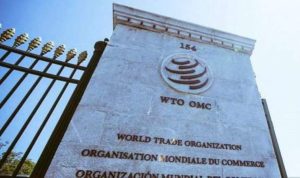 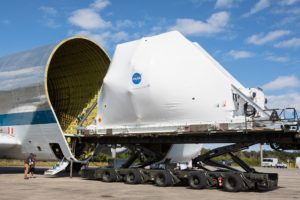