Electric passenger aircraft developer Joby Aero Inc is exploring a deal to go public through a merger with a blank-check acquisition firm at a valuation of around $5 billion, according to people familiar with the matter.

The sources requested anonymity because the discussions are confidential and cautioned that no deal is certain. Joby declined to comment.

Joby is developing an all-electric, zero-emissions vertical aircraft which it is aiming to deploy as an air taxi service by 2023 at the earliest. The Santa Cruz, California-based company last month agreed to take over Uber Technologies Inc’s flying taxi unit Elevate. Uber took a stake in Joby as part of the deal.

Joby has raised more than $800 million in private funding since it was founded in 2009 and in 2020 was valued at $2.6 billion, according to PitchBook, which tracks private fundraisings. Joby’s backers include Toyota Motor Corp and Intel Corp.

A SPAC is a shell company that raises funds in an initial public offering (IPO) with the aim of acquiring a private company, which then becomes public as result of the merger. For the company being acquired, the merger is an alternative way to go public over a traditional IPO.

SPACs emerged last year as one of the most popular investment vehicles on Wall Street.

A deal for Joby would come on the heels of another SPAC deal in the sector. Air taxi company Blade Urban Air Mobility agreed to merge last month with Blade, Experience Investment Corp, driving up the latter’s shares by 50%. 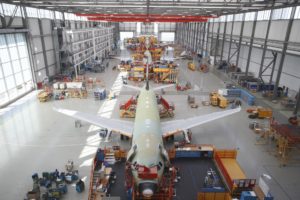