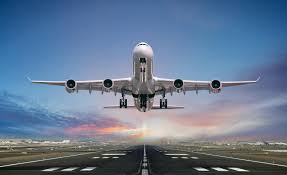 The Aircraft (Amendment) Bill, 2020, which provides for statutory backing to the DGCA, the Bureau of Civil Aviation Security (BCAS) and the Aircraft Accident Investigation Bureau (AAIB), was passed by a voice vote in Rajya Sabha.

The bill that was passed in Lok Sabha on March 17 also entails to increase the fine for violations from Rs 10 lakh to Rs 1 crore.

Introducing the bill, Civil Aviation Minister Hardeep Singh Puri said,”The operating thrust of the bill is to provide statutory basis to these important agencies… This is necessary as we move forward with an exponential growth in civil aviation.”

The amendments were necessary as tremendous growth in civil aviation has thrown many challenges such as saturated airport capacity, lack of trained manpower, limited manpower capabilities, he said, adding these are happy challenges .

Puri said the bill seeks to insert a new definition for three regulatory bodies DGCA, BCAS and AAIB, and added that they will be provided statutory recognition.

The proposed amendments follow the 2012 and the 2015 audit by the International Civil Aviation Organisation that had indicated the need to give statutory recognition to these agencies, he said.

No change has been proposed in terms of imprisonment that is at two years in most cases, he said.

DGCA, BCAS and AAIB were constituted under executive powers of the government.

Puri said in the existing set up, the Centre administers various aspects of civil aviation under the Aircraft Act, 1931, through these agencies.

Replying during a debate, he said the government in the last three years has recruited 1,000 air traffic controllers as against requirement of 3,500 such officials.

“We are very close to that number and we would have reached that number, even surpassed, if recruitment processes wouldn’t have slowed down on account of COVID pandemic,” he said replying to issues raised by Congress member K C Venugopal, who had earlier opposed the bill and attacked the government on its privatisation policy and other issues like air safety.

Puri said Venugopal should look at the issue of privatisation in a historical context.

The country’s largest airports Delhi and Mumbai were successfully privatised in 2006 under a previous political dispensation, and proceeds from the process have resulted in getting resources to develop airport infrastructure in the country, he noted.

Since the privatisation of Mumbai and Delhi airports, the Airports Authority of India has received Rs 29,000 crore, Puri said.

This money has been utilised to develop airport infrastructure in other parts of the country, he said.

On the Congress’ charge of allotting six airports to one group, Puri said the Delhi and Mumbai airports account for 33 per cent of air traffic and earnings.

The six airports that were awarded in 2018 together account for only nine per cent of traffic and earnings, he said.

“In terms of six airports being given to one entity, let me just place it in perspective. When these two airports in Delhi and Mumbai were privatised all subsequent efforts at privatisation contained a stipulation to the effect that prior experience was necessary,” he said.

“So, we fell into a trap of our own making and not by this government and I don’t want to make it as a political point. But unless you had previous experience, which means unless you had earlier done Delhi or Mumbai, you could not participate in the process, which meant for 15 years no competitive open bidding could take place,” Puri said.

On the other hand, entities from all over the world participated in the bidding for six airports in 2018, he said.

Citing examples of the upcoming Jewar airport in Uttar Pradesh, he said a new entity came out as winner as the entire process has been opened up.

“I am making a limited point that we are progressing from limited number of players, gaining by that experience and then opening it for global entities which was the experience in case of Jewar,” the minister said.

On the Vande Bharat Mission, Puri said close to 16 lakh citizens who were stranded abroad, were flown back to India under the mission.

“This is the largest, most comprehensive process of evacuation, repatriation of Indians or citizens of any country in time in the history, he said.

“But we are confident that the airline in running way, doing extremely well will be given to its new owner in order for Air India and that flag to be kept flying,” he said.

Responding to Prasanna Acharya’s (BJD) charge of dismal safety record in the civil aviation sector, Puri said he finds it astonishing that the country is being compared with some of neighbouring nations that have a shoddy record.

The European safety agency and US regulator has placed the country in category 1, Puri said.

Let there be no doubt that this government will not compromise on issues of safety,” he said. 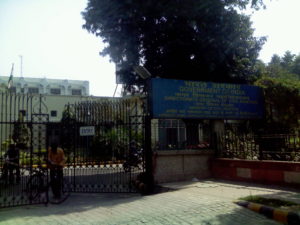 Next post Opposition parties criticise privatisation of airports in India