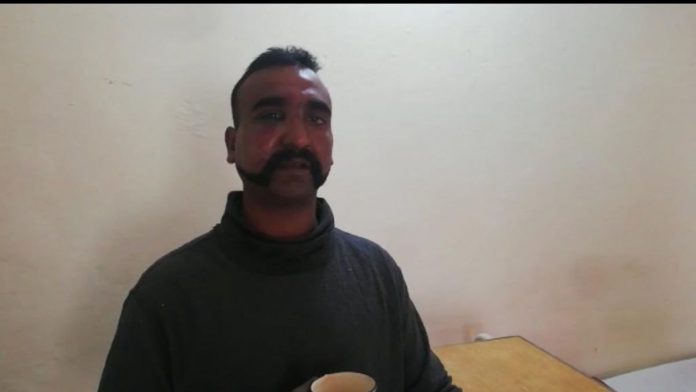 The surprise announcement during a joint session of Parliament came barely an hour after Foreign Minister Shah Mehmood Qureshi said that Prime Minister Khan is ready to talk to his Indian counterpart Narendra Modi to de-escalate Indo-Pak tensions.

As the opposition leader Shehbaz Sharif took the floor of the House, Prime Minister Khan apologised for interrupting and said he wishes to announce that the Indian pilot captured by Pakistan Air Force on Wednesday will be released Friday as a “peace gesture”.

The announcement was greeted by thumping of desks by Pakistani lawmakers.
Earlier, Qureshi said that Pakistan is willing to consider returning the captured IAF pilot if it leads to “de-escalation” of tensions with India.

Pakistan detained Wing Commander Varthaman following a fierce engagement between air forces of the two sides along the Line of Control when his MiG 21 fighter jet was downed.
Pakistan’s Foreign Office (FO) said that the Indian Air Force pilot was safe and sound.

“The armed forces rescued him from the mob that went after him after his plane crashed in Kashmir,” the FO said.

India Wednesday summoned the acting high commissioner of Pakistan and demanded immediate and safe return of the IAF pilot who was detained by Pakistan following an aerial engagement by air forces of the two countries.

It has also been made clear to Pakistan that no harm should be caused to the Indian defence personnel, the External Affairs Ministry said in New Delhi, adding that it has conveyed strong objection to the neighbouring country at the “vulgar display” of an injured personnel in violation of all norms of International Humanitarian Law and the Geneva Convention. 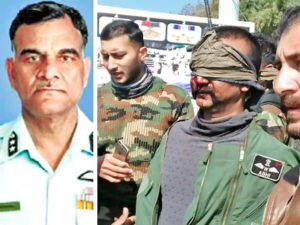