Addressing the gathering, the Prime Minister said the India of the 21st century will move forward by taking everyone along with the spirit of Sabka Saath, Sabka Vikas and Sabka Prayas. Unbalanced development where some states lag behind and people deprived of even some basic facilities is not good. This is what the people of Tripura have seen for decades, he said. Shri Modi recalled the times of relentless corruption and governments with no vision or intention of development of the state. After such a scenario, the Prime Minister said that the current regime came up with the Mantra of HIRA – H to Highway, I to Internet way, R to railways and A to Airways for improving the connectivity in Tripura. He added that today Tripura is strengthening and expanding its connectivity on the basis of the HIRA model.

Commenting on the new airport, the Prime Minister said that the airport is a blend of Tripura’s culture, natural beauty and modern facilities. The airport will play a big role in enhancing air connectivity in the North East. The Prime MInister pointed out that work is going on in full earnest to make Tripura the gateway to the northeast. Road, rail, air and water connectivity infrastructure is getting unprecedented investment. This is turning Tripura into a new hub of business and industry as well as a trade corridor.

The New Integrated Terminal Building of Maharaja Bir Bikram Airport is built at a cost of about Rs 450 crore and is a state of art building spread over 30,000 square metres having modern facilities and supported by the latest IT network-integrated system. Project Mission 100 of Vidyajyoti Schools is aimed to improve the quality of education in the state by converting 100 existing High / Higher secondary schools to Vidyajyoti Schools with state of art facilities and quality education. The project will cover about 1.2 lakh students from Nursery to class XII and will cost around Rs 500 crores in the next three years. 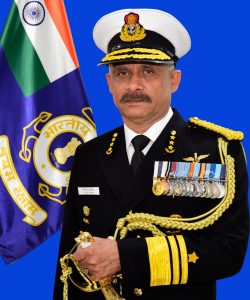 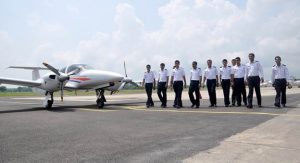