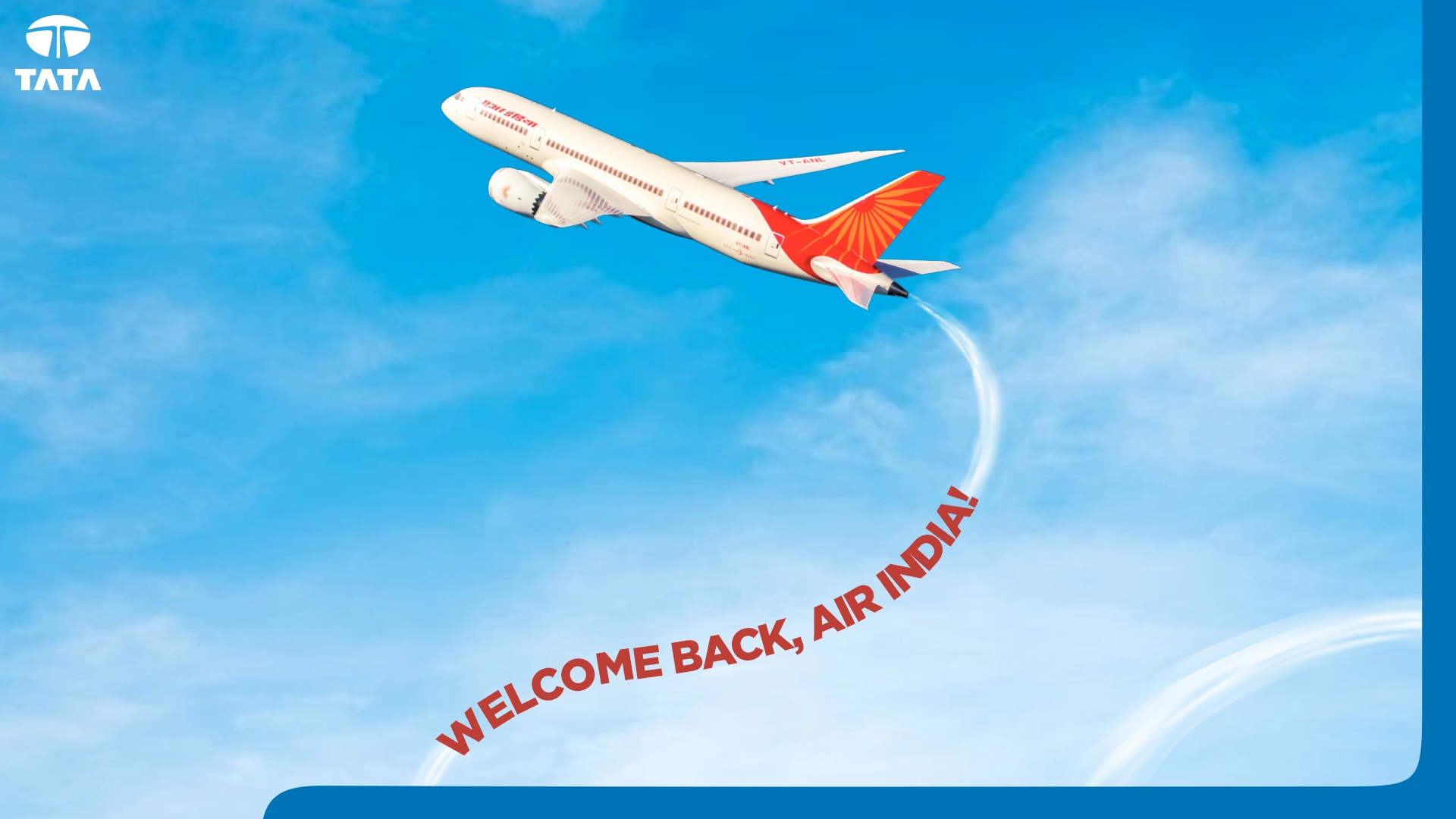 NEW DELHI: Salt-to-software conglomerate Tata Group on Thursday took over Air India and vowed to turn the loss-making carrier, it had founded but had lost control nearly seven decades back, into a world-class airline.

N Chandrasekaran, Chairman of Tata Sons, which in October last year beat a consortium led by rival SpiceJet promoter to win the bid for the national carrier, first called on Prime Minister Narendra Modi before heading to the Air India office where the takeover formalities were completed.

A new board of directors met shortly thereafter, formalising the management takeover.

Both the government and Tatas made separate announcements of completion of the transaction — the first privatisation in nearly two decades that will put an end to thousands of crores of taxpayers’ money being provided over the years to keep the airline afloat.

For Tatas, Air India will be the third airline. It already operates Vistara in joint venture with Singapore Airlines and AirAsia India in partnership with AirAsia Group.

The finance ministry in a statement said the Air India strategic disinvestment transaction has been completed with the government receiving Rs 2,700 crore from Talace Pvt Ltd, a wholly-owned subsidiary of Tata Sons.

Tatas took over Rs 15,300 crore of debt in Air India and Air India Express Ltd while the remaining Rs 46,262 crore loan plus an outstanding of about Rs 15,000 crore towards unpaid fuel bills were paid off by the government.

“It is indeed noteworthy that the disinvestment process of @airindiain has been brought to a successful conclusion in a time-bound manner,” Civil Aviation Minister Jyotiraditya Scindia tweeted. That proves the government’s ability and “the resolve to carry out disinvestment effectively in non-strategic sectors in the future.”

Air India will give Tatas immediate access to valuable flying rights and landing slots and it will also gain control of low-cost, short-haul international carrier Air India Express as well as a 50 per cent stake in a ground handling company with SATS Ltd.

With Rs 20 crore daily loss and a market share that more than halved to less than 10 per cent last year, Tatas have their task cut out as it has to not just repair the shabby customer services at Air India but also deal with highly unionised and surplus manpower as well as an ageing and a mixed fleet of 141 aircraft.

Tatas cannot retrench any employee for at least a year, according to the terms of the deal.

Air India’s regional arm, Alliance Air, is not part of the deal.

In a tweet, Department of Investment and Public Asset Management (DIPAM) Secretary Tuhin Kanta Pandey said the strategic disinvestment transaction of Air India has concluded successfully with transfer of 100 per cent shares of Air India to Talace along with management control.

“A new board, led by the strategic partner, takes charge of Air India,” Pandey said after completion of the handover process at the airline’s headquarters here.

In October last year, Tatas won the bid for Air India through a competitive bidding for Rs 18,000 crore, including the cash component of Rs 2,700 crore.

“We are excited to have Air India back in the Tata Group and are committed to making this a world-class airline,” Tata Sons Chairman N Chandrasekaran said in a statement. “I warmly welcome all the employees of Air India to our Group, and look forward to working together”.

Tata Group Founder JRD Tata had originally launched the airline in 1932 as the nation’s first carrier, flying mail between Karachi in then-undivided, British-ruled India and Bombay. It was nationalised in 1953.

The Maharaja once shone brightly in Indian skies but competition from the private sector coupled with faulty decisions on aircraft purchases, heterogeneity of fleet and a failed marriage with Indian Airlines led to its downfall.

In 2005-06, the airline placed an order for a new fleet of 111 Boeing aircraft to coincide with the India visit of the then US President George W Bush. Its long haul B777 and B747 aircraft had ‘vanity first class cabin’ that was rarely filled and the airline did not offer direct non-stop flights from major growth centres.

But the biggest undoing was the 2006-07 merger of Air India and Indian Airlines — the amalgamation was to ensure better synergies of their resources but resources, aircraft, men, material and machines remained divided. And without employee layoffs, problems like excess manpower got magnified.

A decade back, it had some 300 employees per aircraft, which came down to 95 last year (13,500 employees of Air India and Air India Express on a fleet of 141 aircraft). This ratio is still higher than private airlines.

In a statement, Tata Group said Chandrasekaran was joined by Chairman Emeritus of Tata Sons Ratan Tata in acknowledging and thanking “the Government of India and its various departments for the successful completion of this important transaction”.

Announcing that it has taken over the management and control of the airline, starting Thursday, the group acknowledged Modi’s “commitment to reforms and faith in India’s entrepreneurship spirit, which made this historic transition possible”.

“Our Prime Minister has in action demonstrated what his commitment to ‘Minimum Government, Maximum Governance’ means. We philosophically agree with the Prime Minister’s vision for the aviation sector, of making it affordable and ensuring it contributes to boosting ‘Ease of Living’ for citizens,” the statement said.

Separately, a consortium of lenders led by State Bank of India (SBI) has agreed to provide loans to Tata Group for the smooth operations of loss-making Air India.

When the Tata Group won the bid to acquire Air India in October last year, Ratan Tata had tweeted an old photograph of the company’s former Chairman JRD Tata getting down from an Air India aircraft, stating, “Welcome Back, Air India”.

“The Tata Group winning the bid for Air India is great news. While admittedly it will take considerable effort to rebuild Air India, it will hopefully provide a very strong market opportunity to the Tata Group’s presence in the aviation industry,” he had said.

Tatas, Ratan Tata had said, will have the opportunity of regaining the image and reputation it enjoyed in earlier years.

While many airlines have come and gone from the Indian skies since the time when the first move was made to privatise Air India to date, the salt-to-software conglomerate has never let the love affair with aviation, more so with Air India that its former Chairman Jehangir Ratanji Dadabhoy Tata (JRD) had, to go off the radar.

It is said that Tata group executives used to complain in private that JRD — the pioneer of the Indian aviation industry — spent more time worrying about Air India than the Tata Group when he was heading both the entities. Nevertheless, they also knew heading Air India as Chairman was never just a job but was a labour of love for him.

From the first airmail service flight from Karachi to Bombay in October 1932 with JRD steering a Puss Moth aircraft to wresting control of Air India 89 years later, the conglomerate has had a roller coaster ride in the Indian civil aviation history.

Tata Airlines went public in 1946 as a ‘joint stock company’ named Air India and the maiden flight on June 8, 1948 of Air-India International — the first public-private enterprise of independent India — with its iconic mascot Maharaja to Europe, remain the breakout landmarks in the skies of the group.

It is said that JRD was surprised when the group’s proposal made in October 1947 to float Air-India International with the government holding 49 per cent, Tatas 25 per cent and the rest by public was accepted “within weeks”, at a time when it took at least two years “not to make a decision”.

However, the flights have not been without headwinds. In 1953, when the then government of Jawaharlal Nehru nationalised Air India, JRD fought vehemently against it.

After the nationalisation of Air India, the group’s link with civil aviation was through JRD who served as the state carrier’s Chairman for 25 years. Yet, the group kept the fire of re-entering the aviation sector burning. 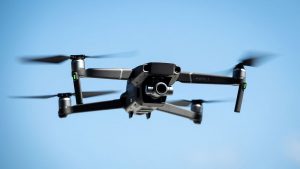 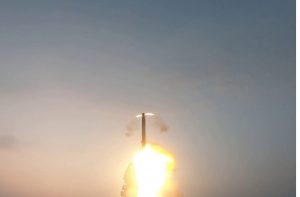